A community pharmacy-led test-and-treat service for urinary tract infections (UTIs) provided “accessible and timely care” and relieved pressure on GPs, according to a new study.

Of 764 women who presented to 23 pharmacies from December 2018 to April 2019, a lower UTI was found to be likely in 75% of cases, according to a study published in the Journal of Antimicrobial Chemotherapy-Antimicrobial Resistance last week (March 12).

Had the service been unavailable, around three-quarters of women would have visited their GP instead, the study found.

The research, which was funded by Boots and collected data from Boots pharmacies, was led by academics from the multiple, the University of Nottingham, the University of Leeds and the Department of Microbiology and Virology at University College London Hospitals.

Boots introduced a private UTI test-and-treat pilot service in January last year, which was subsequently rolled out to almost 300 branches in July.

“We’re confident that this service also supports the threat of antimicrobial resistance by making sure that antibiotics are only used when patients need them,” he added.

UTIs are the second most common condition to be prescribed antibiotics in English primary care, the study said.

GP view: Who are private UTI services in pharmacies aimed at?
13/01/2020 | 8 | Views
2 Comments
Question:
Do you think UTIs should be treated in community pharmacies?

What about pressure on pharmacists?

No one cares about that, I'm afraid. The Pharmacist in the community is valued on how quick they dispense, if they have it in stock, doing more services for less money, hitting sales targets, not taking breaks, and allowing the local Qua... Sorry I mean Dr to put their feet up. Being an IP and formerly working in general practice, I can tell you that there is no glory in that either; you're just a slave to the GP and the patient's shopping list.

Most Pharmacists I know are desperate to quit the so-called profession, or join Pharma (which, thankfully, is tough to get into without knowledge or experience, hence the salaries are substantially higher).

Job of the week 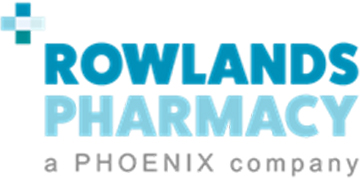